When COVID-19 first began to spread, governments across the world didn’t have much of a clue as to what the best treatment would be.
Fox News host Tucker Carlson, along with his colleague Laura Ingraham, were some of the first media personalities in the U.S. to bring on guests claiming that the anti-malarial drugs hydroxychloroquine and azithromycin were helping people infected with the virus.
President Donald Trump, an avid Fox viewer, must have been watching.
During a news conference at the White House last week, Trump touted the drug combination as a possible cure despite Dr. Anthony Fauci, the director of the National Institute of Allergy and Infectious Diseases, saying there was only “anecdotal” evidence to suggest that they are.

Donald J. Trump ✔@realDonaldTrump
HYDROXYCHLOROQUINE & AZITHROMYCIN, taken together, have a real chance to be one of the biggest game changers in the history of medicine. The FDA has moved mountains - Thank You! Hopefully they will BOTH (H works better with A, International Journal of Antimicrobial Agents).....
388K
7:43 PM - Mar 21, 2020
Twitter Ads info and privacy

174K people are talking about this

After the president endorsed the drugs, the anti-Trump corporate media instantly leapt into action to discredit him.
CNN ran an “analysis” piece with the headline “Trump peddles unsubstantiated hope in dark times.”
NBC reporter Peter Alexander asked Trump whether he was giving “false hope” to people infected with COVID-19 by expressing his support for hydroxychloroquine and azithromycin.
The New Yorker ran two articles accusing the president of pushing bogus science.
One article was titled, “Trump’s Dangerous Messaging About a Possible Coronavirus Treatment.” The other, “The Meaning of Donald Trump’s Coronavirus Quackery.”
Meanwhile, Twitter took down a Rudy Giuliani tweet that said hydroxychloroquine was a possible way to treat the virus.
On Sunday, the Department of Health and Human Services announced it has accepted 30 million doses of hydroxychloroquine sulfate and one million doses of chloroquine phosphate from a pair of pharmaceutical companies in order to treat patients hospitalized by COVID-19.
The HHS statement explained that the Food and Drug Administration had issued an “emergency use authorization” so the drugs can be distributed and prescribed by doctors to hospitalized teen and adult patients with coronavirus when a clinical trial is not available or feasible.

newtgingrich ✔@newtgingrich
Hydroxychloroquine, as President Trump suggested, is an important development in treating patients with the coronavirus.https://www.bloomberg.com/news/articles/2020-03-30/u-s-allows-emergency-use-of-drug-trump-backed-to-treat-virus?sref=ohmtMHdW …

U.S. Allows Emergency Use of Drug Trump Backed Against Virus

A drug President Donald Trump backed as a possible “game changer” in the fight against the coronavirus pandemic received an emergency-use designation from U.S. regulators, even as signs of risk...
bloomberg.com
2,896
3:58 AM - Mar 31, 2020
Twitter Ads info and privacy

855 people are talking about this
This is a game changer in the fight against COVID-19, as there is mounting first-hand evidence the drug is indeed an effective way to cure those who are suffering from the virus.
One such case is a Michigan man who said hydroxychloroquine and azithromycin cured him from his symptoms. Laura Cox, the chairwomen of the Michigan Republican Party, shared his story on Twitter.

Thank you to ⁦@realDonaldTrump⁩ for cutting red tape at the FDA that allowed these drugs to help patients like Jim combat coronavirus! https://www.fox2detroit.com/news/macomb-man-with-covid-19-says-hydroxychloroquine-azithromycin-saved-him …

Jim Santilli says the experimental drugs Hydroxychloroquine and Azithromycin brought him back from the brink.  The 38-year old was prescribed the drugs a little more than a week ago at Henry Ford...
fox2detroit.com
679
8:25 PM - Mar 31, 2020
Twitter Ads info and privacy

297 people are talking about this
Democratic Gov. Gretchen Whitmer has already requested access to the HHS stockpile so other COVID-19 patients in her state can be prescribed them.

The Detroit News ✔@detroitnews
The state of Michigan has requested hydroxychloroquine and chloroquine distributions from the Strategic National Stockpile for use on certain patients with #COVID19. https://bit.ly/3atBjFc

Michigan has requested hydroxychloroquine and chloroquine distributions from the Strategic National Stockpile for use on certain COVID-19 patients
detroitnews.com
88
11:19 PM - Mar 31, 2020
Twitter Ads info and privacy

55 people are talking about this
Margaret Novins, a woman in her 50s from New Jersey, also improved after taking hydroxychloroquine. Her story was covered in Forbes.
Dr. Vladimir Zelenko of New York allegedly has a 100 percent cure rate with the drugs. 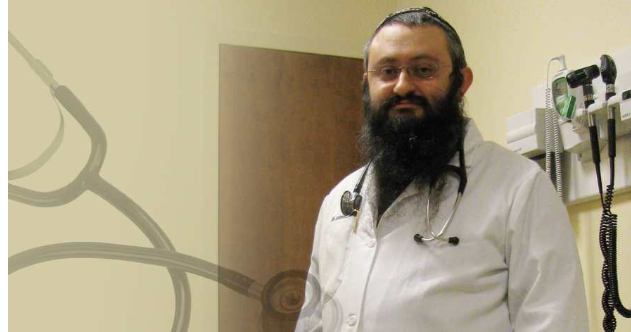 35.1K people are talking about this
But the Trump Derangement Syndrome-infected media continues to push back.
The Guardian published an article with the headline “Trump touted hydroxychloroquine as a cure for Covid-19. Don’t believe the hype.”
Politico took a swipe at Ingraham.

POLITICO ✔@politico
Earlier this month, Fox News host Laura Ingraham tweeted praise for hydroxychloroquine, an anti-malaria drug championed by President Trump as a potential treatment for the virus, despite little evidence to that effecthttps://www.politico.com/news/2020/03/30/twitter-laura-ingraham-coronavirus-misinformation-155731 …

Ingraham tweeted praise for hydroxychloroquine, an anti-malaria drug championed by the president as a potential treatment for the virus.
politico.com
296
11:30 AM - Mar 31, 2020
Twitter Ads info and privacy

261 people are talking about this
CNN again emphasized that there is “little scientific evidence” behind the claim that these drugs are effective in treating coronavirus.

Laura Ingraham ✔@IngrahamAngle
Why does CNN not recognize the COVID patients all over the world who have walked out of hospitals testing negative after being treated with hydroxychloroquine? https://twitter.com/cnn/status/1244577375901319169 …
CNN ✔@CNN
The US Food and Drug Administration has issued an emergency use authorization for chloroquine and hydroxychloroquine to treat coronavirus patients.

However, there is little scientific evidence that they are effective in treating Covid-19. https://cnn.it/2xuLdrz
20K
5:43 PM - Mar 30, 2020
Twitter Ads info and privacy

9,772 people are talking about this
It seems as though the corporate media would rather people die than give Trump an ounce of credit for pushing hydroxychloroquine and azithromycin as a possible cure to the COVID-19 virus.
Carlson said it best when in a monologue last week he explained that the real reason the media is taking such a negative approach to the possible cure is quite simple — the president supports it.
“At the very least we should all be following developments in hydroxychloroquine’s use with interest and measured hope. Why wouldn’t we be?” he asked.
“Well,” he continued, “here’s why: Donald Trump is for it.”
“Several days ago, the president expressed confidence in hydroxychloroquine as a treatment for the epidemic. That was it for the media. If Trump is for it, they’re against it, even if it might save American lives. What reactive children they are. And they immediately began a sustained push to discredit the drug long before the clinical results were in.”

Scott Morefield ✔@SKMorefield
.@DrMarcSiegel gives a "shout-out" to Tucker Carlson for bringing attention to hydroxychloroquine as a potential coronavirus treatment:

"I believe our focus on this drug has led directly to FDA emergency approval, which may save many lives." 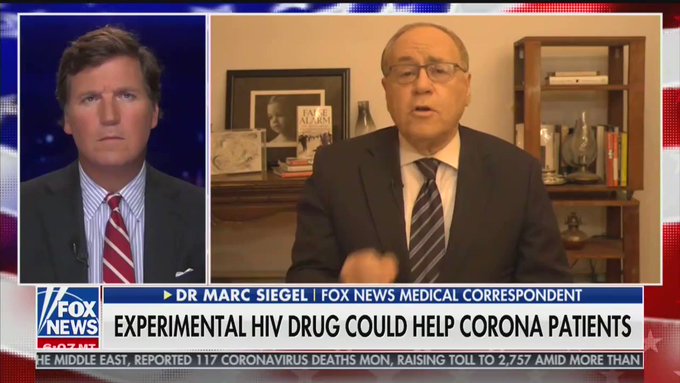 167 people are talking about this


It sure seems Tucker is going to have the last laugh on this one.
Posted by Refreshing News at 03:47