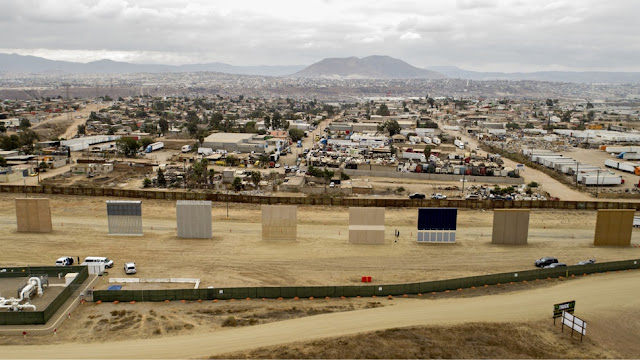 Chaos and violence have broken out in Mexico, even more than usual. The footage looks like something out of a war zone. This latest bit of anarchy began when Mexican law enforcement officers managed to arrest Ovidio Guzmán, one of the top drug lords in the country and son of the notorious kingpin Joaquín “El Chapo” Guzmán.

Unfortunately, Guzmán’s cartel was not willing to let the son end up in a U.S. maximum security prison like the father. Dozens of gunmen, armed with everything from machine guns to grenade launchers to sniper rifles, invaded the city where Guzmán was captured and started murdering police officers. The Daily Wire reports that the cartel militants also went searching for the family members of Mexican military personnel.


Finally, the Mexican government capitulated, raised the metaphorical white flag, and released the younger Guzmán. The president of Mexico assured the public that his administration is “doing really well” in its crime fighting strategy, explaining that they “don’t want war.” But war is exactly what he has on his hands, whether he wants it or not, and releasing a notorious drug lord back into the clutches of his cartel is, one might argue, the exact opposite of doing really well. It is, in fact, a disgrace, a travesty, an embarrassment, and a signal that Mexico is a failed state. The drug cartels run the show, and after having so much success with the “take over the city and start shooting people” strategy, they will surely resort to it again.
I don’t know what Mexico’s next step should be (though refraining from releasing any more drug lords might be a good start), but I do know what the United States’ next step should be: build the wall, finally. Really build it. Most of the wall building that has happened so far under Trump’s watch — despite how Trump himself sometimes presents it — has consisted of replacing existing fences with slightly better fences. There has not been much in the way of actually new wall — or fence, or barrier, or whatever we’re calling it now — and certainly we haven’t seen the grand, 2,000 mile-long wall across the entire southern border like we were promised.
Of course, every thinking person always knew that the Great Wall of America wasn’t going to happen, but there are still plenty of places along the border where a wall can be, should be, and so far hasn’t been built. It would seem that now, with the Mexican government all but officially surrendering to the cartels, is as good a time as any to get started.
There has never been any rational objection to building the wall. There are some practical reasons why a wall across all 2,000 miles probably isn’t feasible (or necessary, given the natural barriers that exist along some portions of the border), but there is no valid argument in principle against erecting physical barriers wherever they are possible and needed. Those arguments always come down to vague emotional appeals and clichéd sloganeering about “building bridges, not walls.” But this is not the time for clichés. Mexico is collapsing, and we have to shield ourselves from the debris.
Posted by Refreshing News at 04:59