US sues Edward Snowden, seeking all proceeds from the sale of his new book 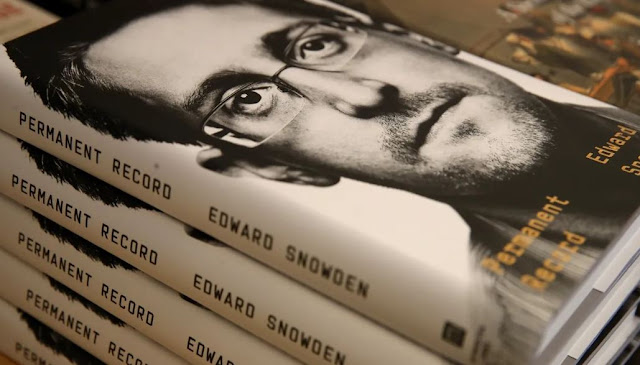 Exiled former CIA employee and NSA contractor Edward Snowden has been hit with a civil lawsuit from the Justice Department over the publication of his new book, titled "Permanent Record," and the feds want to seize all the money the notorious whistleblower's memoir rakes in.

What are the details?

On Tuesday, the DOJ issued a press release announcing their suit, saying that "Snowden published his book without submitting it to the agencies for pre-publication review, in violation of his express obligations under the agreements he signed. Additionally, the lawsuit alleges that Snowden has given public speeches on intelligence-related matters, also in violation of his non-disclosure agreements."

The government is also suing the book's publisher, in order to halt any payments to Snowden until the case has been decided in court.

Snowden has been exiled in Russia since 2013, when he fled the U.S. after leaking classified government documents exposing domestic surveillance programs implemented following the attacks of 9/11. Supporters of Snowden argue the former intelligence employee did a public service by revealing the government's surveillance of its own people, while the U.S. government has already brought separate criminal charges against him for disclosing top-secret information.

For his part, Snowden says he would like to come home to the U.S., but claims the government will not guarantee him a fair criminal trial.

Reuters reported that while speaking via video link to an audience in Berlin, Snowden acknowledged that although he had, indeed, signed non-disclosure agreements with the government, he also felt a duty to uphold the Constitution.

"You've told the government you're not going to talk to journalists. You've told them you're not going to write a book," Snowden said. "At the same time you have an oath to defend the Constitution. And the secret that you are asked to protect is that the government is violating that Constitution and the rights of people around the world."
Posted by Refreshing News at 06:36