Vice President Kamala Harris accused Republicans of rejecting 'even the most modest' police reforms, which she called 'unconscionable,' after Sen. Corey Booker announced Wednesday that negotiations were dead six months after they began.

Harris had introduced Democrats' Justice in Policing Act in Congress along with Booker, D-N.J., and Rep. Karen Bass, D-Calif.

Democrats in the House introduced the Justice in Policing Act in June 2020 and at the same time Republicans led by Sen. Tim Scott, R-S.C.,

'We learned that Republicans rejected even the most modest reforms. Their refusal to act is unconscionable. Millions marched in the streets to see reform and accountability,' she said in a statement.

Meanwhile, the vice president has spoken out against Border Patrol's treatment of Haitian migrants at the southern border but has not released a plan for stemming the sudden onslaught at the border, as Biden's point person for addressing the root causes of migration.

President Biden on Wednesday evening said that Republicans had rejected police reforms that even the previous president had supported.

'Regrettably, Senate Republicans rejected enacting modest reforms, which even the previous president had supported, while refusing to take action on key issues that many in law enforcement were willing to address,' he said in a statement.

Booker said that on Tuesday he gave Scott Democrats' final offer, and after the South Carolina Republican did not accept, he called Scott Wednesday to inform him negotiations were done.

'Unfortunately, even with this law enforcement support and further compromises we offered, there was still too wide a gulf with our negotiating partners and we faced significant obstacles to securing a bipartisan deal,' Booker explained in a statement.

Scott blasted his Democratic colleagues for 'walking away from the table.'

'Democrats said no because they could not let go of their push to defund our law enforcement.'

'After months of making progress, I am deeply disappointed Democrats have once again squandered a crucial opportunity to implement meaningful reform to make our neighborhoods safer and mend the tenuous relationship between law enforcement and communities of color. Crime will continue to increase while safety decreases, and more officers are going to walk away from the force because my negotiating partners walked away from the table. 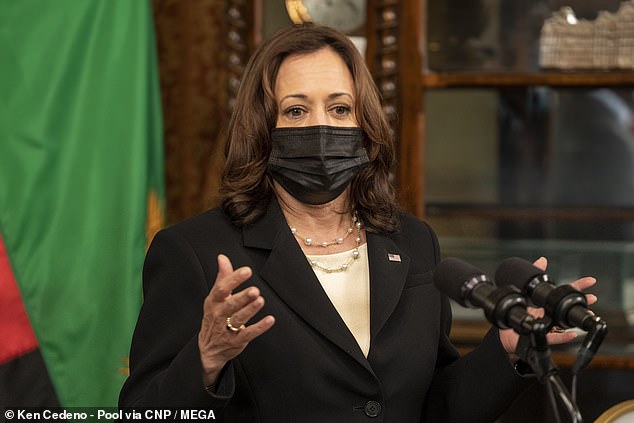 'We learned that Republicans rejected even the most modest reforms. Their refusal to act is unconscionable. Millions marched in the streets to see reform and accountability,' Kamala Harris said in a statement 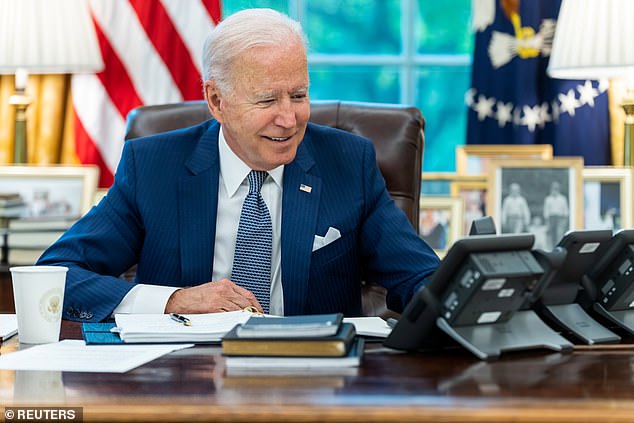 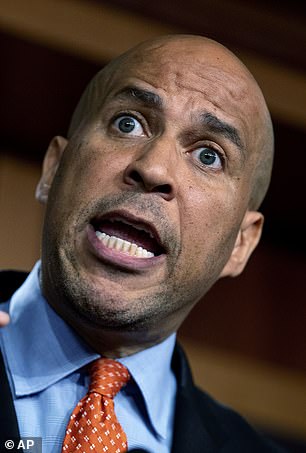 'Unfortunately, even with this law enforcement support and further compromises we offered, there was still too wide a gulf with our negotiating partners and we faced significant obstacles to securing a bipartisan deal,' Sen. Corey Booker, above, explained

Bass, D-Calif., in a statement blamed her Republican counterparts who she said were 'unwilling to come to a compromise,' and called on Biden to use executive powers to take action.

'We developed proposals that we crafted with law enforcement, proposals crafted with activists — we even made proposals based on executive orders from former Presidents.

'We accepted significant compromises, knowing that they would be a tough sell to our community, but still believing that we would be moving the needle forward on this issue. But every time, more was demanded to the point that there would be no progress made in the bill that we were left discussing,' the congresswoman said. 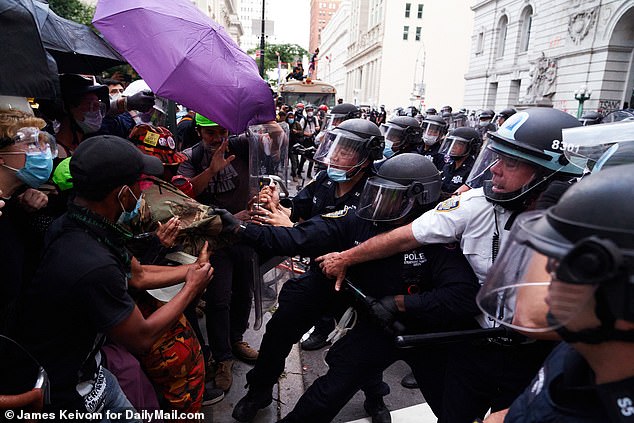 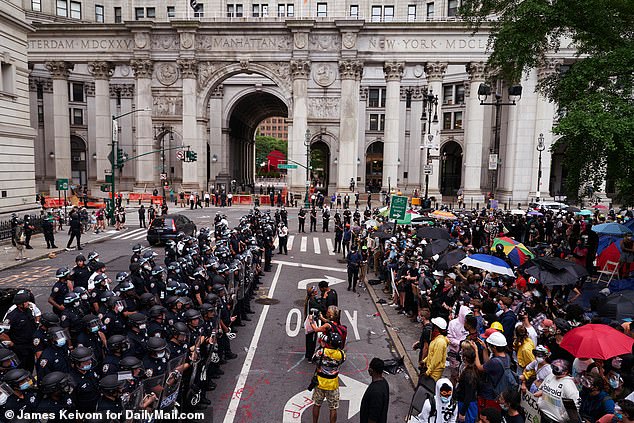 'I now call on President Biden and the White House to use the full extent of their constitutionally-mandated power to bring about meaningful police reform.'

Scott said the negotiators had agreed on banning chokeholds, limiting the transfer of military equipment to police departments and increased mental health resources, but Democrats would not agree to a bill with only those areas of agreement.

'Once again, the Left let their misguided idea of perfect be the enemy of good, impactful legislation.'

After the deaths of George Floyd and Breonna Taylor in the spring of 2020 and the following protests that rocked the country, lawmakers promised to take up the matter of police reform.

The House passed the George Floyd Justice in Policing Act last spring and has since tried to square it with Scott's Justice Act.  But a key sticking point has been qualified immunity, or the doctrine that shields police officers from civil liability in cases of misconduct.

Democrats had favored getting rid of or vastly drawing back qualified immunity, while Republicans largely support the measure.

'When it comes to issues like raising professional standards, we couldn’t even agree to codify what Donald Trump did in his executive order,' Booker told reporters on the Capitol steps on Wednesday. President Trump last year issued an executive order creating federal incentives for law enforcement to boost training and create a database to track misconduct.

Meanwhile, the Justice Department has been enacting its own police reforms for the federal officers it oversees.  Federal law enforcement can no longer deploy chokeholds or no-knock warrants without use of force authorization in a life-threatening situation.

The restrictions apply to federal agents who work under the DOJ and local police departments who work with the DOJ through a joint task force.

There are more than 130,000 members of federal law enforcement, according to Justice Department figures, and more than 460,000 on the state and local level.

Posted by Refreshing News at 09:33