On Saturday morning, businessman and non-profit founder David Benham and other members of a pro-life pregnancy counseling group were arrested in North Carolina while engaging in peaceful “sidewalk counseling” outside of an abortion clinic. Officers said the pro-life advocates were violating “social distancing” orders because their work is deemed “non-essential” by the state, despite abortion being deemed “essential.” After Republican Sen. Ted Cruz (TX) called out North Carolina’s governor over the “unconstitutional arrest,” a newspaper blasted the senator as “shameless.” Cruz has since issued a scathing response.
When the arrest of Benham was first reported on Saturday, Cruz weighed in, tweeting out video of Benham being arrested and saying that North Carolina Gov. Roy Cooper (D) “should be ashamed” of this “abuse of power.”
“This is an unconstitutional arrest,” Cruz wrote (tweets below). “[Benham Brothers] exercising core First Amendment rights. PEACEFULLY. In a way fully consistent [with] public safety. Because elected Dems are pro-abortion, they are abusing their power—in a one-sided way—to silence pregnancy counselors.”
“Elected Dems are abusing their power for political agenda [and] face civil liability under 42 USC 1983,” Cruz wrote in a follow-up thread, citing a federal statute on the legal defense of constitutional rights. “42 USC 1983: Every person who, under color of any statute, ordinance, regulation, custom, or usage, of any State, subjects, or causes to be subjected, any citizen to the deprivation of any rights, privileges, or immunities secured by the Constitution and laws, shall be liable to the party injured in an action at law, suit in equity, or other proper proceeding for redress.”
On Monday, the Charlotte Observer published an editorial declaring that “Ted Cruz isn’t just wrong about an NC abortion protest and COVID-19 rules. He’s shameless”:

Apparently, Cruz couldn’t be bothered to do a little homework before popping off his outrage Tweet. Had he done so, he might’ve learned that the Love Life members were in fact violating COVID-19 orders, including Mecklenburg’s very specific restrictions on non-essential travel and activities. Abortion protests – or “public counseling” of this kind – are not among the activities currently allowed in Charlotte.
Let’s be clear: We respect that Love Life and the Benhams believe that abortion should be outlawed and that they believe women who visit clinics should be warned against what they’re about to do. So long as those protesters make their case without violating ordinances and laws, their speech is ordinarily considered protected. Just not right now in Charlotte.

In response, Cruz blasted the paper’s editorial board, saying in a pair of tweets Monday that they the Charlotte Observers’s editors just demonstrated the “dishonesty of today’s media.”
“Charlotte newspaper editorial demonstrates dishonesty of today’s media. They say it’s just neutral ‘public health’ concerns that allow Dems to arrest ⁦[the Benham brothers]⁩ for peacefully speaking for life,” Cruz tweeted Monday, linking to the paper’s coverage of the story. “The newspaper says that’s ‘not essential.’ BUT they ignore that NC [Democratic Gov. Cooper] has wrongly deemed elective abortion ‘essential,’ allowing abortion [doctors and] staff to gather in larger groups. IF providing abortions is essential, then peacefully giving pregnant women counseling on alternatives to abortion is ALSO ‘essential.'”
Cruz’s tweets below:

Ted Cruz ✔@tedcruz
· Apr 5, 2020
WATCH: My friend David Benham was unconstitutionally arrested today in NC for peacefully providing pregnancy counseling outside an abortion clinic. If NC deems abortion “essential,” then pregnancy care services are as well. This is WRONG; Governor Cooper should be ashamed. 1/x https://twitter.com/BenhamBrothers/status/1246577269767888896 …
Benham Brothers@BenhamBrothers
(1) Over 5k mothers helped in 10 years - some things are worth fighting for #ProLife 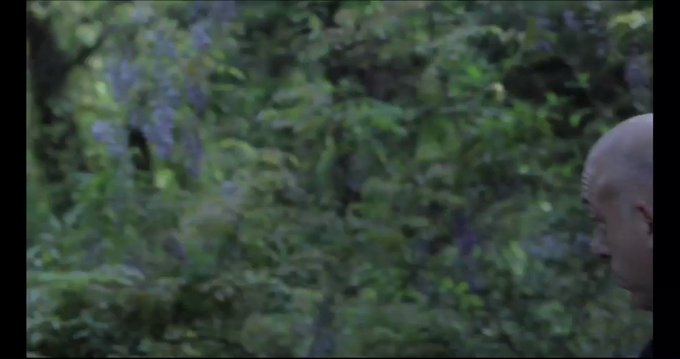 1,482 people are talking about this

411 people are talking about this
Posted by Refreshing News at 02:26