Customs and Border Protection officials working at the Los Angeles International Airport seized a package containing suspected counterfeit COVID-19 test kits from the United Kingdom.
CBP officers working at the airport’s International Mail Facility on Thursday opened a package that was listed as “Purified Water Vials,” which contained vials filled with a white liquid and labeled as “Virus1 Test Kit” and Corona Virus 2019nconv (COVID-19),” the agency announced Saturday.
The package — which had a declared value of $196.81 — was handed over to the U.S. Food and Drug Administration for further analysis.
CBP Acting Commissioner Mark Morgan warned the public against counterfeiters attempting to capitalize on the coronavirus panic. 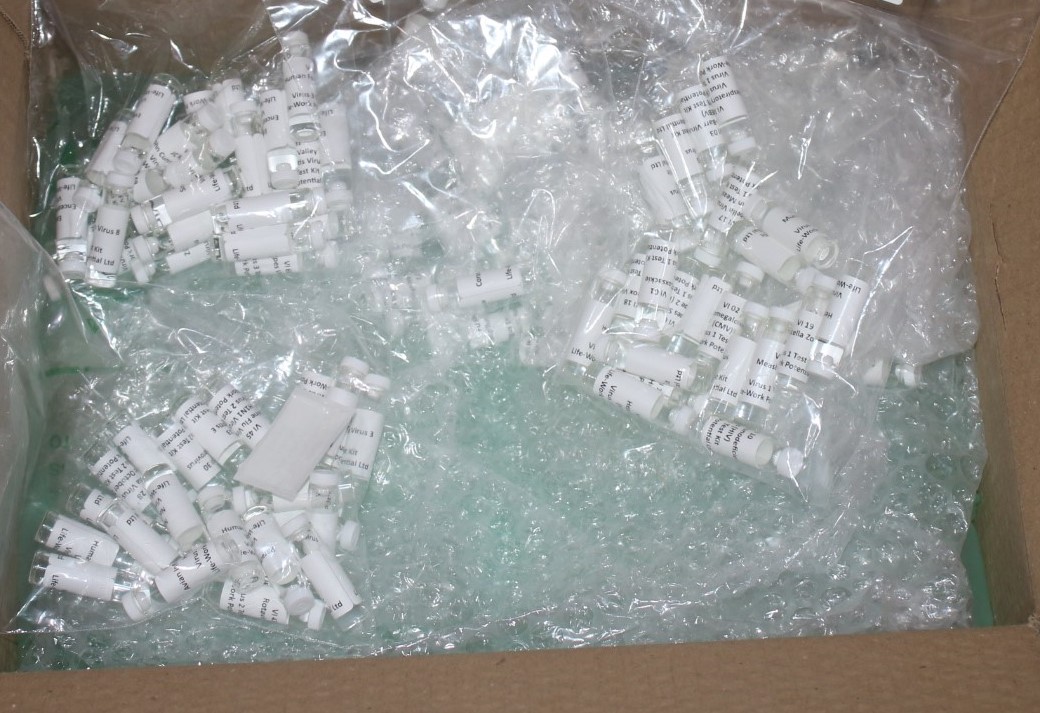 “Counterfeiters are trying to capitalize on this National Emergency,” Morgan wrote in a Twitter post on Saturday.
“Test kits found online for purchase are fake.
“Authorized testing for COVID-19 is conducted in verified state & local public health labs. Our [CBP] officers are keeping the public safe from these bogus test kits.”
Testing for coronavirus is administered at verified local and state public health facilities across the country, CBP noted.
The agency also warned the public against “bogus” test kits for sale.
The World Health Organization declared the novel coronavirus as a global pandemic on Wednesday, and President Donald Trump declared the disease’s spread as a national emergency on Friday.
During this pandemic, there have been a growing reports of individuals attempting to profit off the crisis.
CBP reaffirmed its duty to intercept illicit and counterfeit goods, protecting the public from being taken advantage of during this emergency.
“CBP commits substantial resources to detect, intercept and seize illicit goods arriving in the air package environment,” the CBP Port Director at LAX, LaFonda Sutton-Burke, said in a statement Saturday.
“Smugglers are constantly attempting to take advantage of consumers by disguising their illicit goods as legitimate shipments.”
Posted by Refreshing News at 07:28