Schoolgirl, 14, is heartbroken after she is banned from the classroom because she is TOO BIG for her uniform skirt

A schoolgirl who is 'too big' for her school uniform has been forced to sit in isolation or stay at home because her skirt doesn't match uniform requirements.
Kada Jones, 14, returned to school after the summer holidays to begin her first term in Year 10, but due to her size she has to wear a different skirt to the one suggested by her school.
Instead of the grey pleated knee-length skirts the school requires, Kada wore a grey size 24-26 skirt from Aldi, which she says she wore last year without complaint. 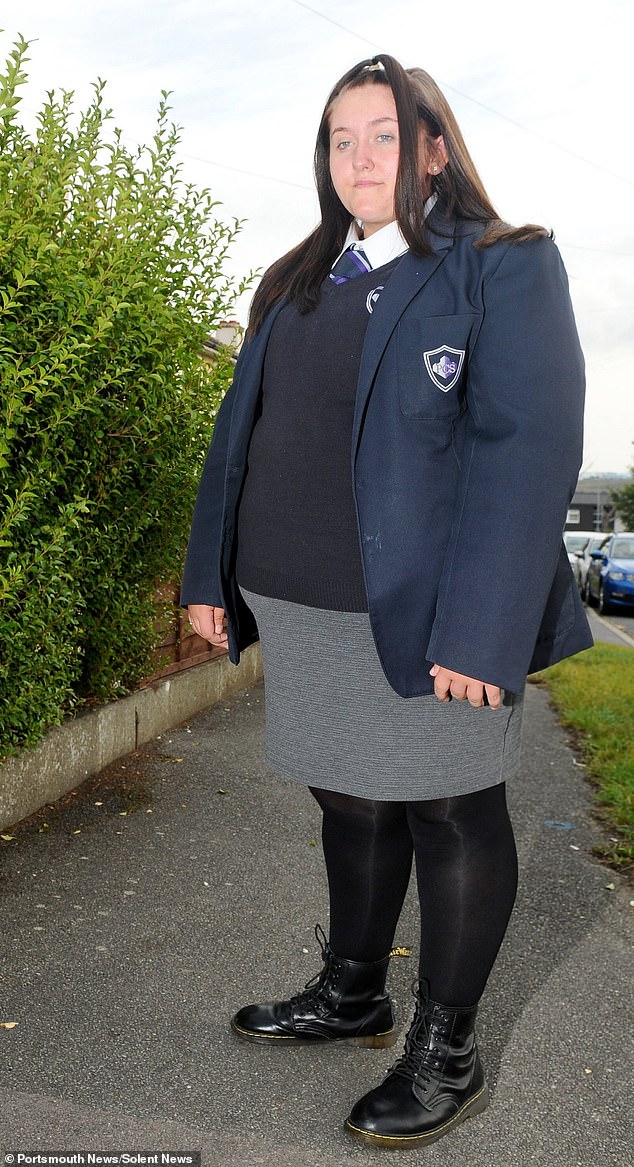 +4
Kada Jones, 14,  who has been forced to sit in isolation or stay at home because her skirt doesn't match uniform requirements

But this year, the 14-year-old found herself being removed from classes at Portchester Community School in Fareham, Hants, and told that if she didn't wear the regulation skirt, she would be forced to either study in isolation, or stay at home.
The school's headteacher insists that the skirt does not match school regulations.
In an act of defiance, Kada went into school on Wednesday and even attended two of her morning lessons, before the school removed her from the classroom. 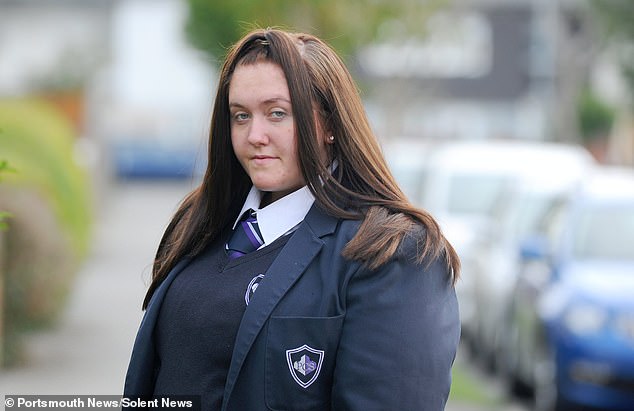 +4
Kada is keen to go to school and says she is heartbroken by the schools treatment of her
Kada, who is studying geography, health and social care, history and art alongside the core GCSE subjects, is heartbroken by how she has been treated by the school.
She said: 'I've been crying for the past five days – I don't understand, I've done nothing wrong.
'People get put in isolation because they have done something wrong; they've been treating me like I'm not even a human being.
'All I want to do is go to school.'
Kada's mother, 54-year-old Carleen Jones, says her daughter is medically healthy, and is 'fuming' that the school has changed its mind on her skirts. 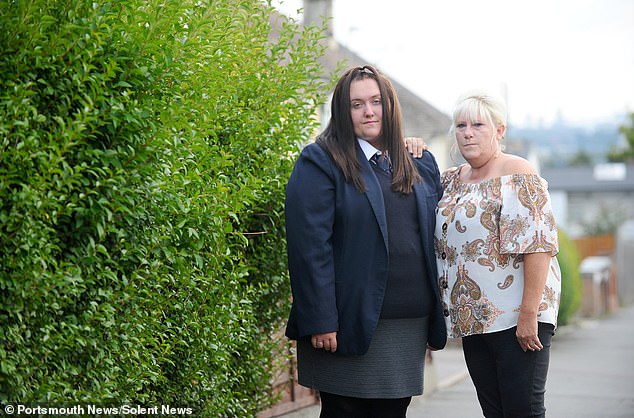 +4
Kada Jones with her mum Carleen Jones, 54, who is 'fuming' that the school has changed its mind about the skirt this year
She said: 'Kada was in the headmaster's maths class last year, and he never raised an issue with her skirt.
'If she was dressed like a punk rocker or something I would understand, but this skirt is similar to the school ones and is absolutely fine.'
Richard Carlyle, headteacher at Portchester Community School, says all schoolchildren must abide by the same rules.
'It's about the skirt being the appropriate length and appropriate material. 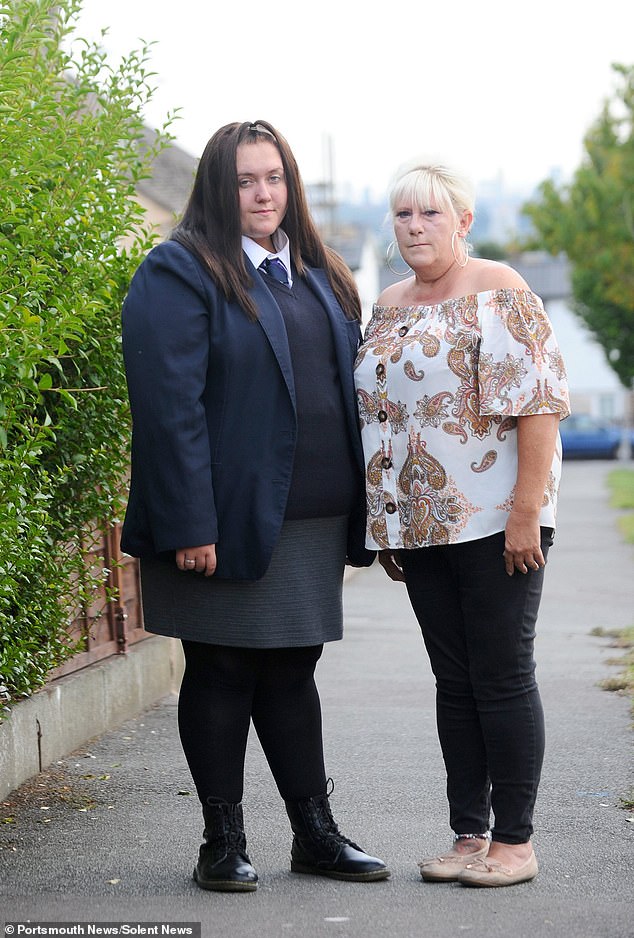 +4
Kada Jones returned to school after the summer holidays to begin her first term in Year 10, but has not been allowed to study as usual because of her skirt
'Miss Jones' skirt wasn't quite up to school regulations in terms of length, but the school is working to find a uniform that is compliant.
'Pupils have a duty to wear the uniform respectfully and with dignity.'
Portchester Community School currently has 633 students and was rated 'Good' by Ofsted in 2018.
Posted by Refreshing News at 08:47