Have we kept our bombs for Diwali: PM Narendra Modi on nuclear threats from Pakistan

PM Modi said that India is no longer scared of Pakistan's nuclear arsenals. 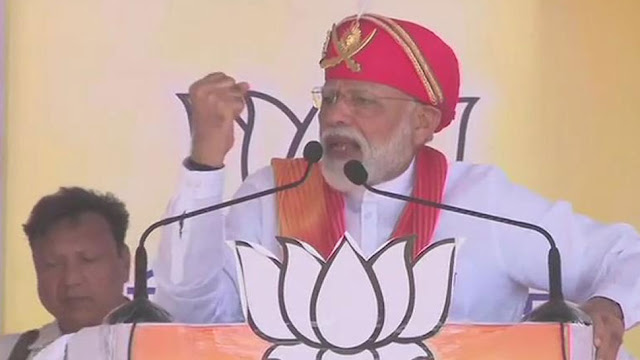 Prime Minister Narendra Modi on Sunday said that India is no longer worried about threats of Pakistan using its nuclear bombs against the country and said that the armed forces are fully equipped and prepared to meet any eventuality.
''India has stopped the policy of getting scared of Pakistan's threats. Every other day they used to say 'we have a nuclear button, we have a nuclear button'.....What do we have then? Have we kept it for Diwali?'' the PM asked while addressing a huge gathering of supporters in Rajasthan's Barmer. 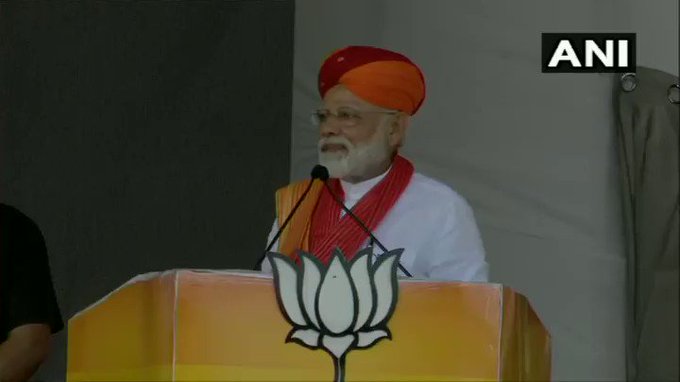 ANI ✔@ANI
#WATCH Prime Minister Narendra Modi in Barmer, Rajasthan: India has stopped the policy of getting scared of Pakistan's threats. Every other day they used to say "We've nuclear button, we've nuclear button".....What do we have then? Have we kept it for Diwali?
4,998
6:02 PM - Apr 21, 2019


Hailing the armed forces for their selfless service to the nation, the PM recalled the 1971 War during which the Indian forces captured a large part of the Pakistani territory.
''In 1971, due to the bravery of our soldiers, a big part of Pakistan came in our possession. Around 90,000 Pakistani soldiers were in our custody but what did we do in Shimla? Government squandered everything that our jawans had won.....what if Modi was there then?'' the PM asked again. 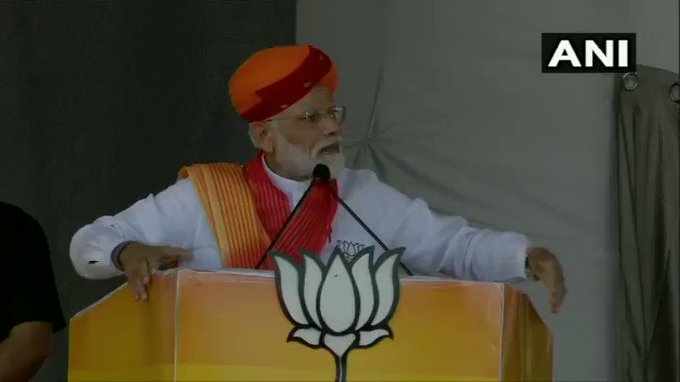 810 people are talking about this
Twitter Ads info and privacy
Attacking the Congress party, the PM said, ''The then Congress government missed a big opportunity to resolve Kashmir issue in 1971 by releasing the Pakistani soldiers and the land acquired by the Indian forces.''
Addressing an election rally in Rajasthan's Chittorgarh earlier on Sunday,  hours after a series of blasts rocked Sri Lanka on Easter Sunday, PM Modi said, "India is standing by Sri Lanka and is ready for any help in the time of crisis."
Expressing concern over the menace of terrorism, he said, "When you go to vote and press the 'Lotus' (BJP's poll symbol) button...Keep it in mind that you are pressing that button to eliminate terrorism. Your finger has that power. Pressing the 'lotus' button will strengthen my resolve to fight against terrorism."
At the same rally, PM Modi accused the Congress party of betraying the people, saying injustice was done to the country's growth potential and its resources.
''Do you want strong India or helpless India? Do you want Congress government that makes country weak or BJP that makes country strong,'' the PM asked the gathering. 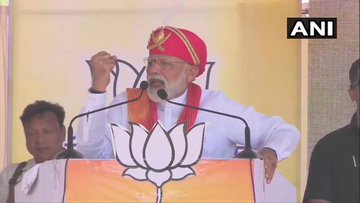 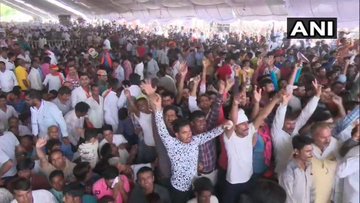 143 people are talking about this
Twitter Ads info and privacy
The PM concluded by saying that ''people have faith that Modi cannot tolerate an attack on the country, can also risk his political future for the sake of the nation.''
During a rally in Gujarat's Patan, the PM had said that he had warned Pakistan of serious consequences if it did not return Indian Air Force pilot Abhinandan Varthaman.
PM Modi, who has been touring the length and breadth of the country while campaigning for his party, had come to Rajasthan on Sunday to address rallies in Chittorgarh and Barmer.
According to BJP state tour program convener Omkar Singh Lakhawat, the Prime Minister will address rallies in Udaipur and Jodhpur on Monday.
Union Home Minister Rajnath Singh, too, will address three public meetings on Monday in Kolayat of Bikaner, Deoli of Tonk and Shahajahapur of Alwar.
BJP chief Amit Shah will tour the state on April 26 and 30. He will address a public meeting in Jalore district on 26 April and then take part in a road show in Jodhpur same day.
On April 30, Shah will address meetings in Dausa, Alwar and Bharatpur districts, Lakhawat said.
Posted by Refreshing News at 08:44