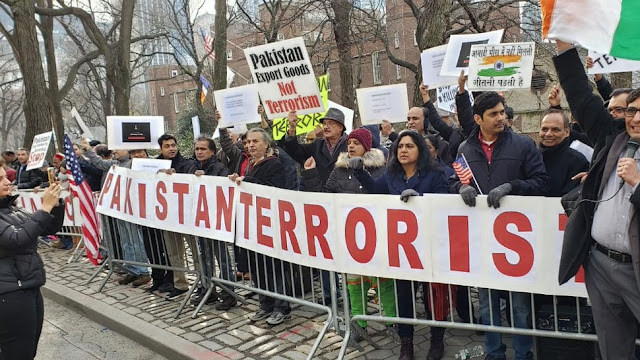 Hundreds of US-based Indians protested outside the Pakistan Consulate in New York on Friday against the terror attack which was carried out by Pakistan-based terror outfit Jaish-e-Mohammed (JeM) on February 14 in South Kashmir`s Pulwama in which at least 40 CRPF troopers were killed and several injured.
Waving the tricolour, protesters raised slogans like "Pakistan Murdabad," "Global terror Pakistan, LeT Pakistan," "9/11 Pakistan," "26/11 Pakistan and ''Osama bin Laden Pakistan," amongst others.
They also held placards which read "Pakistan - a terrorist nation" and "Pakistan Progress the country not Terrorism" at the demonstration. 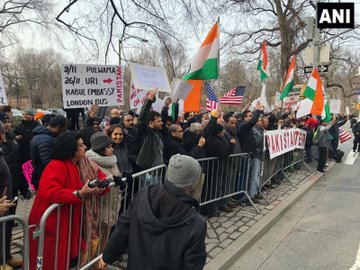 ANI ✔@ANI
More than hundred US-based Indians protested outside the Pakistan consulate in New York, on 22 February, against #PulwamaTerrorAttack.
741
05:15 - 23 Feb 2019

269 people are talking about this
Twitter Ads information and privacy
In New Jersey, the members of the Indian community, which included a majority of organisations of the Indian diaspora, came together Friday and held a candlelight vigil in the Royal Alberts Palace in Woodbridge in protest against Pulwama suicide attack on the CRPF convoy. 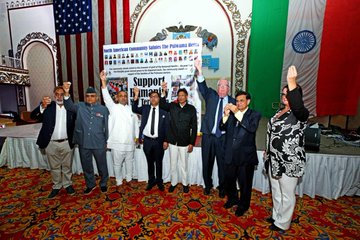 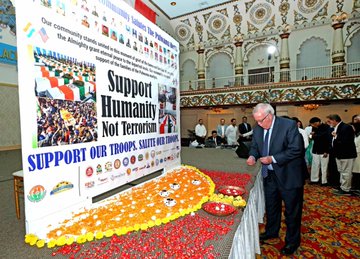 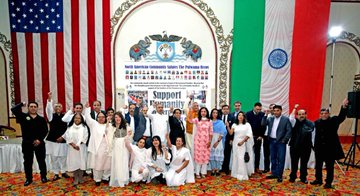 ANI ✔@ANI
New Jersey, US: North American community of Indian origin, which included majority of organisations of the Indian diaspora, came together on February 22 to hold a candlelight vigil in the Royal Alberts Palace in Woodbridge in protest against #PulwamaAttack
232
06:16 - 23 Feb 2019

77 people are talking about this
Twitter Ads information and privacy
The Overseas Friends of BJP (OFBJP) US was among the groups that participated in the protest. 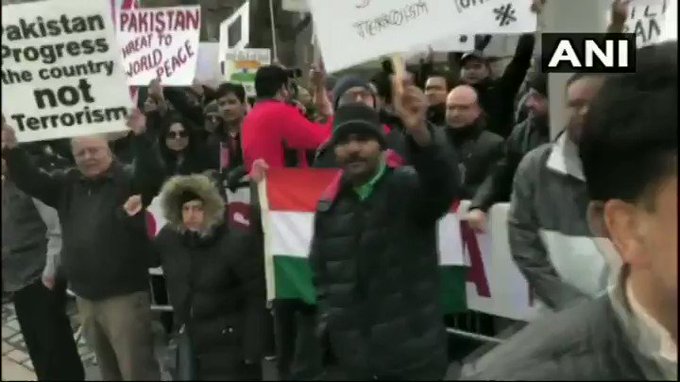 ANI ✔@ANI
#WATCH Members of Indian community protested outside the Pakistan consulate in New York,US on 22 February, against #PulwamaTerrorAttack.
1,071
08:30 - 23 Feb 2019

389 people are talking about this
Twitter Ads information and privacy
Indian communities across the United States have been holding protest marches denouncing the role of Pakistan in the attack which claimed the lives of 40 CRPF personnel.
Along with non-resident Indians, the global community has stood in solidarity with India against terrorism.
The UN Security Council has also condemned in the strongest terms the "heinous and cowardly" February 14 terror attack in Jammu and Kashmir.
Pulwama terror attack has earned global condemnation and the international community has mounted pressure on Pakistan to act against terrorist outfits.
Reacting to the tension between Indian and Pakistan, US President Donald Trump has said that the situation between the two sides is very, very bad.
"Right now between Pakistan and India, there is a very, very bad situation. A very dangerous situation. We would like to see it (hostilities) stop. A lot of people were just killed. We want to see it just stop. We are very much involved in that (process)," Trump told reporters at the Oval Office.
The US President was responding to questions on last week's terrorist attack in Pulwama district of Jammu and Kashmir in which 40 Indian security personnel were killed. Pakistan-based terror outfit Jaish-e-Mohammad (JeM) has claimed responsibility for the attack.
"India is looking at something very strong. India just lost almost 50 people in the attack. I can understand that too," Trump said, adding that his administration was talking to authorities in both countries.
Posted by Refreshing News at 02:38